All the world’s a stage in Stockton! Vebro Polymers’ vebrospeed Quartz SR is Chosen for Stockton Globe Theatre & Adjoining The LINK Bar

The illustrious Stockton Globe and its neighbouring box office, café, bar and 200-capacity music venue, The LINK, have been transformed as part of a £30m renovation project that has seen the theatre brought back to life after a 21 year closure.

Originally built in 1913 to show silent movies, the Art Deco cinema was demolished in 1925 before being rebuilt the following year when it was the first facility in the region to show talking pictures.

Demolished a final time before being rebuilt in 1935, the venue has enjoyed a range of entertainment including operatic performances, pantomimes, ballet, touring West End stage shows and movies as well as pop and rock concerts. Before its closure in 1997, it had been operating as a bingo hall since 1975.

The Grade II-listed building’s restoration was announced in 2010, and with funding from Stockton Borough Council and Heritage Lottery Fund, was completed in September 2021.

The multi-million pound project has seen the 3000-capacity establishment restored to its former glory, as well the creation of The LINK which houses the theatre’s box office, as well as a café, bar and performance area that hosts up-and-coming regional and national acts.

Operated by the Ambassador Theatre Group, and now host to a range of comedy and music acts, the restored entertainment venue is the largest of its kind between Newcastle and Leeds, and has welcomed performers such as Paloma Faith, Jimmy Carr, Jools Holland and Status Quo, who were also the final band to grace the Globe stage in its last stint as a music venue in 1974.

“It has been fantastic working on the restoration of the Globe Theatre, breathing new life into a really iconic building for the community. We look forward to seeing it become a cultural hub once again for future generations to enjoy.”

It has been fantastic working on the restoration of the Globe Theatre, breathing new life into a really iconic building for the community. We look forward to seeing it become a cultural hub once again for future generations to enjoy.

Spotlight on the Floor

Vebro Polymers supplied its fast-cure methyl methacrylate floor coating system, vebrospeed Quartz SR, as part of the flooring package for Stockton Globe and its adjoining sibling venue The LINK, which has been installed by MJF Group.

Installed across the lower auditorium, which operates removable seating to accommodate both seated and standing events, as well as in the stalls bar area and throughout The LINK, vebrospeed Quartz SR is a highly durable and slip resistant, UV-stable quartz flooring system based on fast-cure MMA (methyl methacrylate) technology.

Incorporating decorative DKI quartz beads in a clear resin binder, the positively textured finish of vebrospeed Quartz SR helps to reduce the risk of slips, an important feature of flooring in a busy gig venue where spilled drinks could otherwise cause a hazard.

MMA is considered a specialist product; and due to the material’s reduced working time, MJF Group’s applicators have been fully trained on the correct installation techniques to ensure effective installation.

The system’s durable, scratch resistant finish provides a hardy surface that not only protects the floor against heavy footfall — even during more rowdy concerts with plenty of jumping or dancing, but also against the installation and pack down of the temporary seating used in the stalls for fully seated events.

Areas of the substrate had been damaged during construction due to the substrate being open to elements. All affected areas were prepared by diamond grinding, followed by the application of vebrospeed Damp Primer with a scratch coat of vebro MMA Binder mixed with vebro Natural Quartz.

Several areas featured exposed steel fibres within the substrate, so vebro MMA Metal / Ceramic Primer was used to ensure that potential de-bonding or contamination was not a concern.

In the stalls area and The LINK bar, the vebroscreed Quartz SR system was installed in bays to mirror the movement joints in the concrete substrate, which creates an attractive visual effect — particularly in The LINK.

The venue’s flooring requirements as well as its architecture and intended use provided a unique challenge for both Vebro Polymers as the materials manufacturer and MJF Group as the installer.

The use of storage containers with COSHH pallets and bunding to safely store hazardous materials during the project has allowed for the safe use of the building by other trades. This innovative solution to overcome difficult site access and a fast-paced construction program with many trades working concurrently has contributed to the project’s on-schedule completion.

The unique formation of an auditorium with upper and lower stalls resulted in the design and build of a special platform that would allow for the safe lifting of materials from the upper level to the lower area.

vebrospeed Quartz SR’s durable, scratch resistant finish provides a hardy surface that not only protects the floor against heavy footfall — even during more rowdy concerts with plenty of jumping or dancing, but also against the installation and pack down of the temporary seating used in the stalls for fully seated events.

Through the eyes of the architect

Stockton Globes’ renovation celebrates the heritage of the Art Deco landmark, while delivering a facility that meets the requirements of a modern-day entertainment and leisure venue.

With a background in breathing life back into buildings across the North East of the country, SPACE Architects aimed to honour the historic venue and its roots in the 1920s – 1930s moderne era, treating the renovation with care and attention to detail.

The iconic establishment is expected to welcome 200,000 people through its doors each year and while the structure is steeped in history, functioning well as an entertainment space fit for the 21st Century was a key consideration in the plans for its renovation.

Originally announced in 2010, the project to restore Stockton Globe was put on hold when the true scale of the renovation became apparent identifying problems with the roof, heating, ventilation, air conditioning, lifts, plumbing, toilets and drainage.

Funding from Stockton Borough Council and Heritage Lottery Fund meant that construction could restart in 2017, with completion and handover in 2021.

The LINK, Stockton Globe’s adjoining café bar and entertainment area, plays host to smaller performances and features a mosaic created of marble and terrazzo fragments from previously demolished building elements, as well as salvaged signage and other artefacts.

“It has been thoroughly rewarding to be given the opportunity to nurture this former theatre and performance venue back to its original Art Deco splendour whilst at the same time expanding and updating the facilities to create a truly sustainable entertainment and cultural centre fit for the 21st Century. This venue is now set to become a hub that can entertain and inspire people, a place that can champion cultural life, and a place that meets the Council’s ambitions for regeneration and growth.” 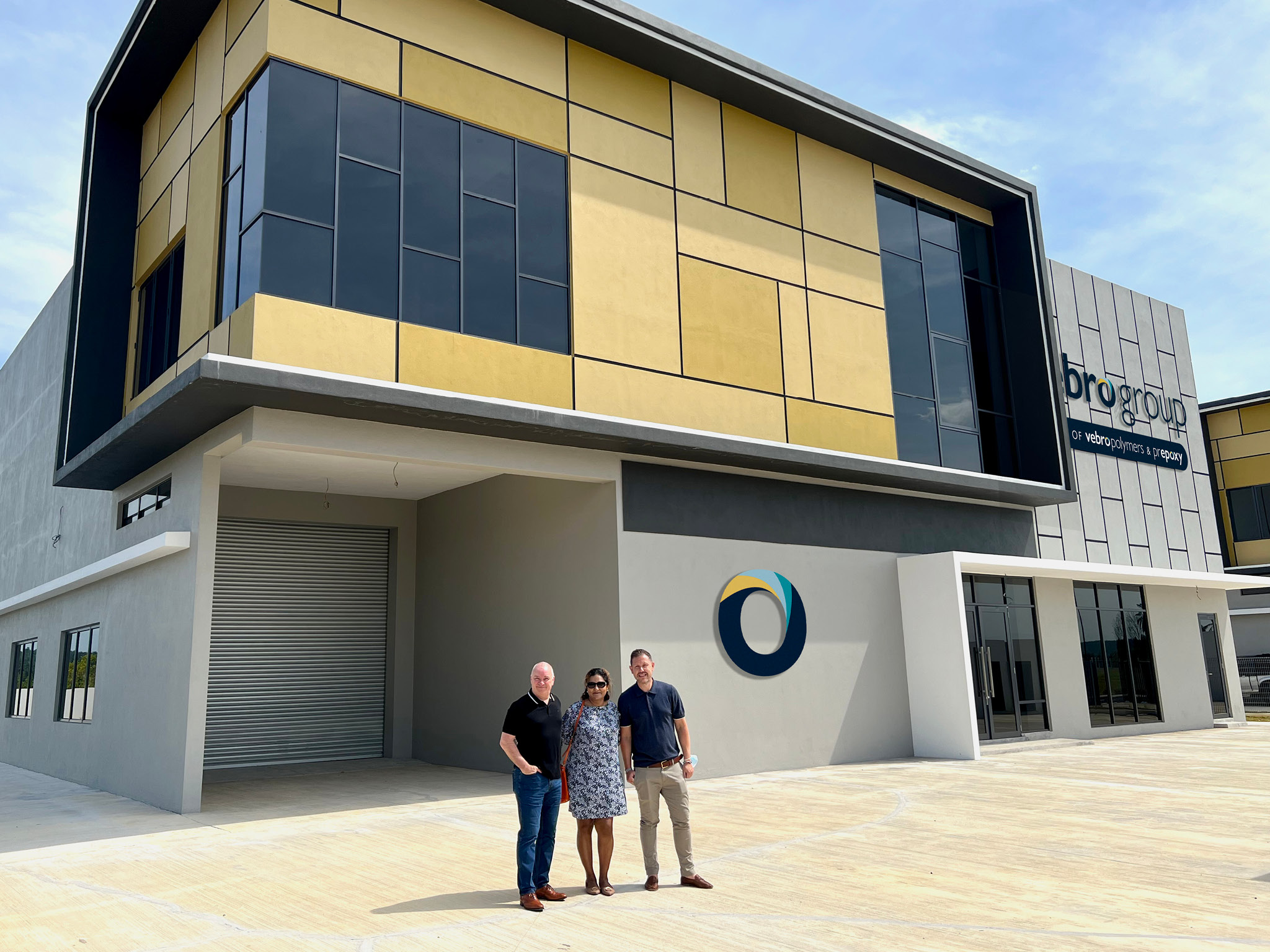 Vebro Polymers to Head East in the New Year

Seamless polymer flooring and deck waterproofing specialist, Vebro Polymers, is delighted to announce exciting new international growth plans, having taken the keys to a new sales and manufacturing facility based in Malaysia – which is on track to open in the new year. 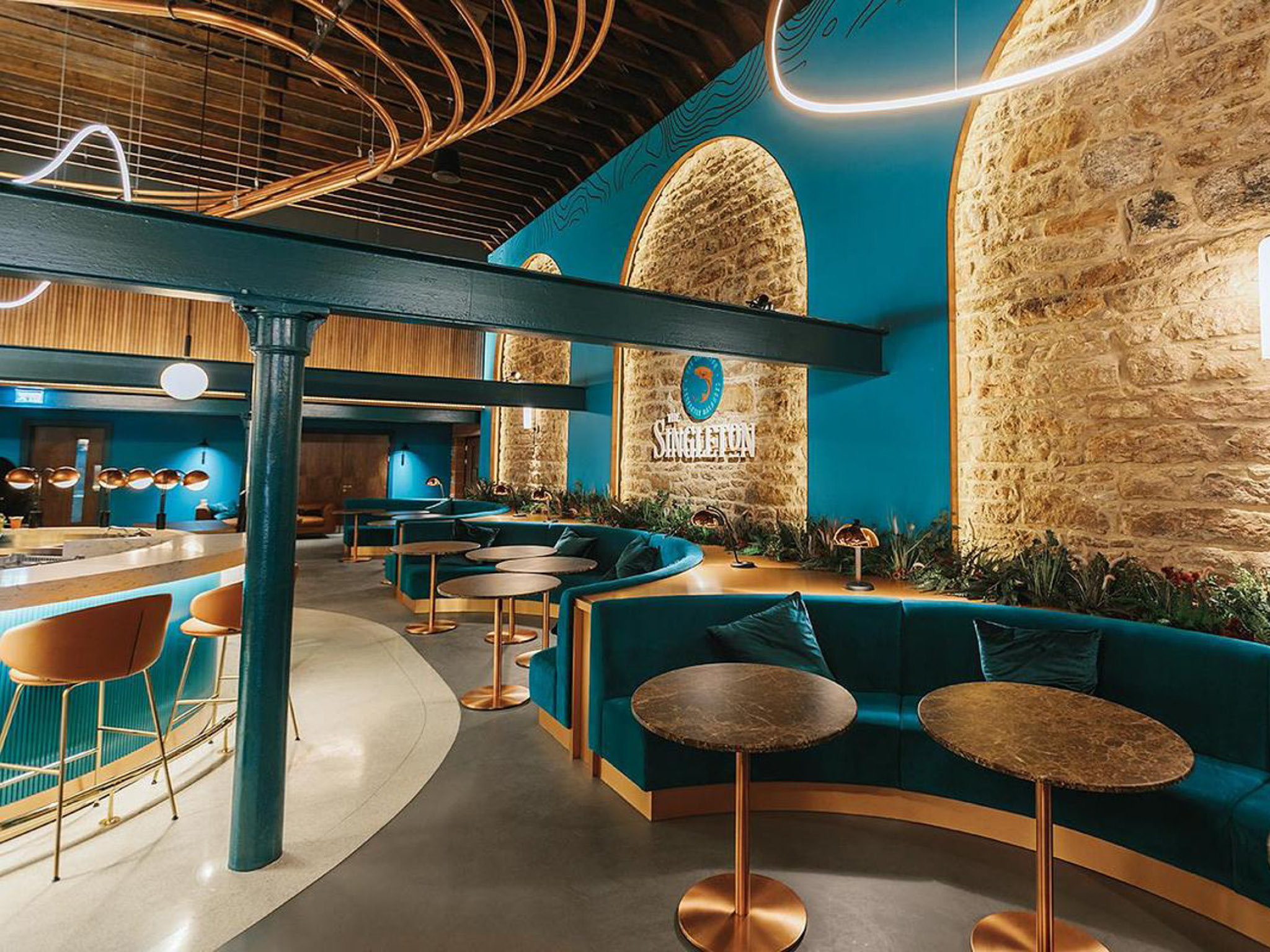 The floor levelling and resin flooring package for the new Singleton of Glen Ord distillery included vebroscreed Industrial, vebrores PU SL HD and vebro Classic Terrazzo. The combination of floor coatings has covered a total area of 700 m2 and delivered a high end, modern finish for the distillery’s visitors’ centre.

All the world’s a stage in Stockton! Vebro Polymers’ vebrospeed Quartz SR is Chosen for Stockton Globe Theatre & Adjoining The LINK Bar

Vebro Polymers supplied its fast-cure methyl methacrylate floor coating system, vebrospeed Quartz SR, as part of the flooring package for Stockton Globe and its adjoining sibling venue The LINK, which has been installed by MJF Group.

Out of these cookies, the cookies that are categorised as necessary are stored on your browser as they are essential for the working of basic functionalities of the website.