The former Vaux Brewery site in Sunderland has been redeveloped as part of an ambitious £500m plan to deliver state-of-the-art commercial offices, residential, retail, leisure, hotel, and dining space.

The brownfield site, which sits to the north-west of the city, is being developed in phases to bring a new mixed-use neighbourhood to the area. With the first phase that originally commenced in 2016 now complete, the second phase of the plan (Vaux 2) comprises the 17,775 square metre, £42 million City Hall, Sunderland.

Project backer Sunderland City Council is expected to move around 1,200 employees into the seven-storey building on the plot which, until recently, had laid dormant since the brewery’s demolition in 1999.

Bringing together council staff from eight different offices around the city under one roof, the project is set to deliver net operational savings to the council of around £22 million over 25 years. The building will also include customer services areas, a fitness room, and an employment centre.

FaulknerBrowns partner Lee McLaughlin said: “The design embraces the needs of everyone. Our proposal provides a place-driven approach to both civic and private workplace, creating a strong urban framework that fosters community, and promotes interaction between citizens and municipal workers, putting people at its heart.”

The City Hall premises is the second building to be completed on the former Vaux site following the opening of The Beam in 2019 and is a real focal point of the Riverside masterplan that is transforming the site across both sides of the River Wear, which will eventually be linked with a new pedestrian bridge.

Paul Anderson, Project Manager, Bowmer + Kirkland, said: “This development will herald the regeneration of the city centre and will also encourage further development and investment, boosting the local economy.”

This development will herald the regeneration of the city centre and will also encourage further development and investment, boosting the local economy.

Spotlight on the Floor

Vebro Polymers supplied its decorative epoxy terrazzo flooring system, vebro Classic Terrazzo, as part of the flooring package at the new Sunderland City Hall, which has been expertly project managed from prep through to finish by the team at MJF Group over a 4 month period. These terrazzo materials have also been used to create several pre-cast elements including the dining hall counter, central feature stairwell, and other items of furniture.

vebro Classic Terrazzo is a highly decorative, but highly durable and long-lasting epoxy terrazzo flooring system. The material was installed as a slurry of wet components mixed with a blend of handpicked decorative marble aggregates onto the primed substrate.

Once the resin material had cured and hardened, the floor underwent an intensive grinding and polishing process carried out by specialist tradesmen, Quest Industrial Flooring. Once completed, a labyrinth of decorative semi-precious stones was revealed in the surface of the smooth matt floor.

The 10.0 mm resin flooring system, which was ground to 8.0 mm, was installed on top of a retaining underfloor heating screed system as well as large areas of raised access flooring.

Here, two sheets of 12.0 mm marine ply had to be mechanically fixed at 90 degrees of each other with central fixings every 150.0 mm.

To mitigate any potential cracking resulting from movement within the screeded substrate and raised access flooring, a layer of vebrodeck UR Flex Membrane was first installed.

The Red Oxide blend was largely used for pre-cast elements of the design, which were handcrafted by the team at Andrews Tiles at the company’s workshop located in Leeds.

These items included the building’s feature stairwell, its treads and risers. Three brass trims were added to nosing details for additional slip resistance.

The Red Oxide blend held local significance as the complementary aggregates used within the resin slurry had originally been quarried in the region many years ago. All aggregates used in the terrazzo materials were supplied courtesy of Boud Minerals.

Other pre-cast elements included the dining hall countertop for the new ground floor Brew & Bake café, which blends seamlessly with the floor to give the impression that it is floating. The new café, which has around 90 seats, has already created new jobs, with more expected as it welcomes more customers as more people move into the building over the coming months – with full occupancy expected by April 2022.

Construction work on site has continued in line with health and safety protocols throughout the pandemic, with successful delivery of the project for its official opening in November 2021.

The Red Oxide blend held local significance as the complementary aggregates used within the resin slurry had originally been quarried in the region many years ago.

Through the eyes of the architect

The new building responds in both scale and mass, presenting two volumes fronting on to Keel Square, linked by a covered central avenue. This acts as a public thoroughfare to make the available services visible, legible, and accessible.

An activity-based work environment unfolds along this central internal lightwell, delivering an engaging, flexible workspace with an emphasis on natural daylight and wellbeing throughout the building.

Visual connections and interaction between occupants and building users are promoted through the openness and transparency of the interior spaces.

Externally, the building responds to its siting adjacent to the recently upgraded Keel Square, an important new public space within the city and an integral part of the masterplan development. The building is grounded on a well-defined base with an emphasis on engaging the street with an appropriate civic expression.

The columns and beams are clad in reconstituted stone with a tone and finish that responds to the materiality of the Grade II-listed Baroque-style Magistrates Court (1905) which frames the square. Large, glazed openings promote transparency and create an active ground floor with a strong visual relationship to the public realm.

The building envelope takes inspiration from the advanced engineering and material craftsmanship synonymous with the city’s industrial and maritime heritage.

The middle and top sections of the façade incorporate lightweight aluminium profiles set within floor-to-floor glazing, arranged to provide a structured and subtly varied articulation to the envelope, orientated to passively control solar heat gain.

The history of the Vaux site

For nearly 175 years, Vaux was a beloved name in Sunderland from its earliest incarnation of ‘C. Vaux & Sons’ in 1837. The gleam of its red-and-gold lettering above the pub door was seen as the day’s end Holy Grail for mineworkers, shipbuilders, and steelmakers.

But then, in 1999, Vaux collapsed, tearing at the spirit of the city, and leaving a physical hole in Sunderland which is only now beginning to be filled as the vacant site is built upon.

Cuthbert had served his apprenticeship with Carlsberg in Copenhagen, and with the knowledge gained he made Vaux one of the first brewers to move into bottling ales and stouts.

In 1875, when the North-eastern Railway bought his brewery in Union Street to build Sunderland Central Station on it, he moved to Castle Street, which would be the brewery’s home until its demise.

When Cuthbert died in 1878, he passed the business onto his sons, John and Edwin. After them, came a third generation of Vaux boys, Cuthbert and Ernest, who were crucial to the story.

And Brother Ernest, through his military service with a Maxim gun, provided the name for Vaux’s most famous beer.

Just as important was sister Amy who, in 1898, married chartered accountant Frank Nicholson. He brought management skills to her brothers’ brewing expertise and drove the business out of the Victorian era and into the 20th Century.

Using the railway network, Vaux expanded. Bottling plants were set up from Leeds to Glasgow, including Spennymoor and Middlesbrough, and hogsheads of Sunderland-brewed beer were despatched by train to be bottled at the plants and then distributed locally by horse-drawn drays.

Horse drays were in fact a great feature of Vaux, and the clip-clop of the hooves was part of the city soundtrack right up to the brewery’s dying day.

The biggest decision came in 1927 when Vaux took over the North-eastern Breweries (NEB). NEB was a much bigger company – created by the amalgamation of little local breweries.

With NEB came scores of pubs and having withstood the depression, Vaux continued to grow by acquiring smaller breweries and by building up its property portfolio of inns and hotels.

But times were changing rapidly. The north-east was de-industrialising, and Margaret Thatcher’s government wanted to promote competition within the brewing industry, so it strove to break the link between the big brewers and their tied pubs – between Vaux and its 888 outlets.

In 1999, a third generation of Nicholson’s, Sir Paul and Frank, were ejected and even their £75m management buy-out bid was rejected because the vultures believed that even more could be realised by liquidising the assets.

On July 1, 1999, 162 years after Cuthbert Vaux started the brewery, it closed, with the loss of 430 jobs. Chief executive Frank Nicholson was among those made redundant, and he talks of how he was last man out of the gates. Instead of making the famous V sign, he placed a kiss on the large Vaux sign. “It still brings a tear to my eye now,” he says. 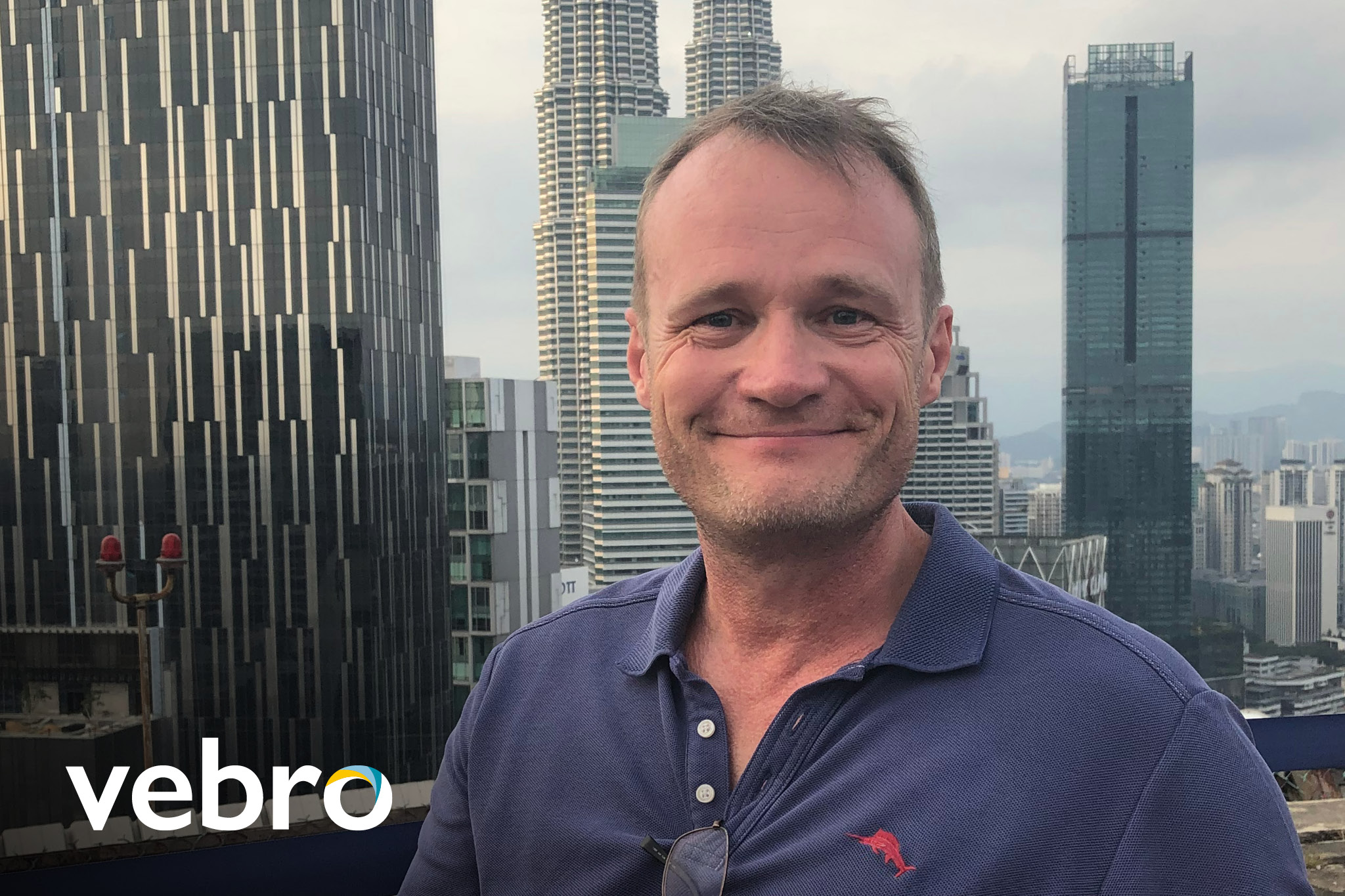 Our Wish Has Been Granted! New Group Technical Director to Join the Global Vebro Group Board!

Vebro Group is delighted to welcome Grant Adamson to the global Board of Directors, who joins the company in the role of Group Technical Director. 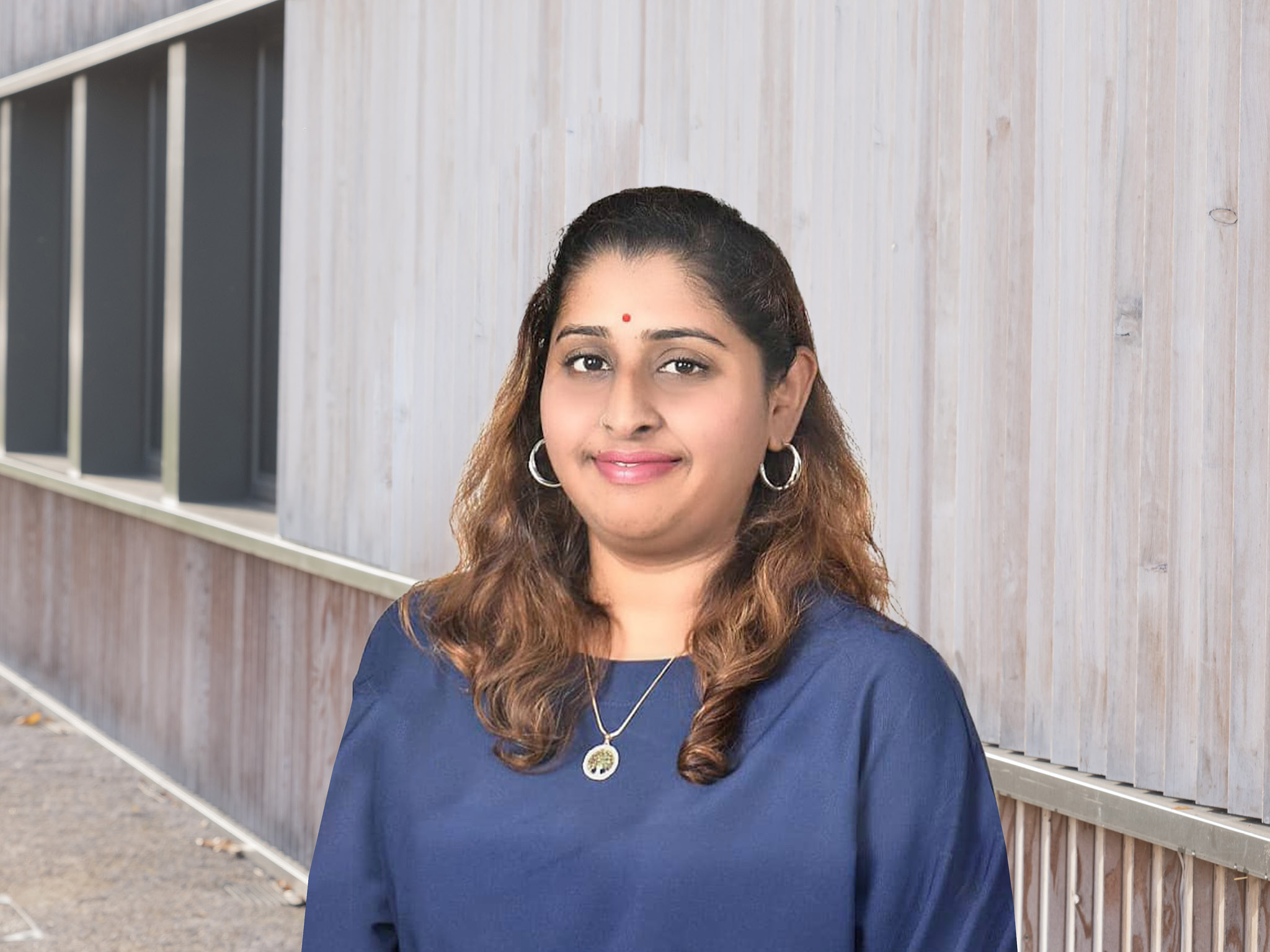 Usha Devi has been appointed Customer Services & Logistics Manager and will be stationed at the company’s newly opened manufacturing facility in Kuala Lumpur, Malaysia. 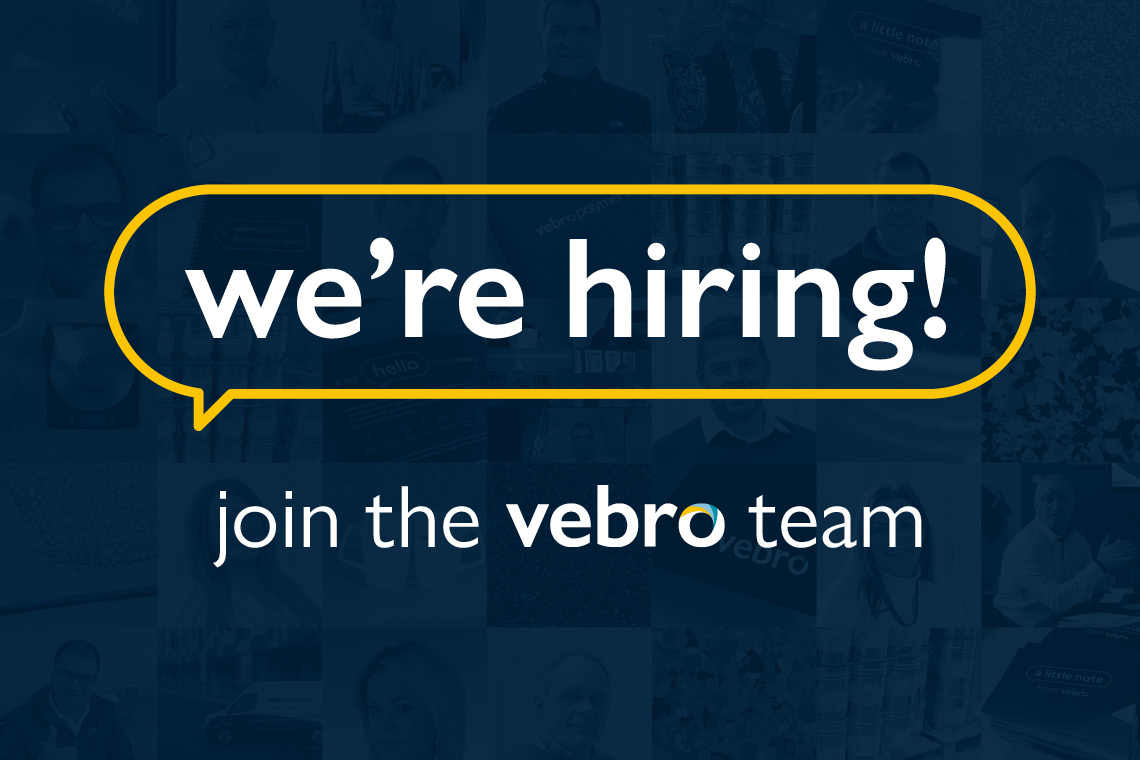 We are thrilled to share that we are now hiring for an Account Manager to join our lively team at Vebro Polymers, looking after our established applicator network across Scotland and the North East.

Out of these cookies, the cookies that are categorised as necessary are stored on your browser as they are essential for the working of basic functionalities of the website.

where in the world?